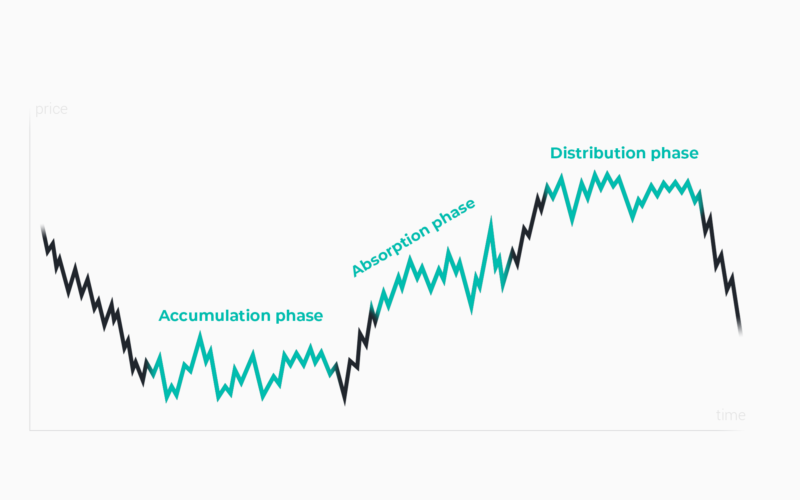 Charles Dow, the then editor of the Wall Street Journal, wrote a series of editorials in the early 20th century. It was later developed into a technical analysis theory. These rules can significantly enhance the way a financial guru sees the market, and modern interpretations of this theory are still popular to this date.

What is the Dow Theory?

It is a theory in finance that analyzes the minimum and maximum shifts in the market to accurately predict on which route it is proceeding. It states that if one of the market averages exceeds a preceding high, it shows an uptrend. Also, it precedes another average making the same kind of advancements.

The basis for this theory is the idea that rebates are provided by the market while maintaining compatibility with the EMH. In this model, the various indices in the market should complement each other in regards to volume patterns and price action up to a reversal of the trend.

There are six basic principles of the Dow Theory, and all of them are described in detail below.

Principle 1. The market has three trends

The three major forces influencing the stock exchange are:

Principle 2. The averages discount everything

The basic assumption of technical analysis is that each factor affecting the demand and supply is reflected by the market. This is applicable to market averages, along with independent markets. Additionally, allotments for natural disasters are present as well.

While it is true that the whims of nature cannot be foreseen by the markets, such incidents lead to discounts. The effects of such incidents are immediately taken into account for the price action.

The earliest phase of a primary trend is known as Accumulation, which signals an uptrend. Seasoned merchants make their forays into the market at this point, attracted by the uptrend. This phase is usually preceded by a downwards movement when the market prices are quite attractive, and the downside risk is minimal.

This phase is not easy to recognize; however, since the conclusion of a downtrend does not necessarily indicate an Accumulation phase. Several traders are pessimistic during this phase, thinking the situation might worsen.

The second phase is known as the Public Participation Phase, which is characterized by an increase in profits and the general improvement of business situations as a whole. Many traders thus enter the market, and the prices keep rising.

This phase displays the largest shifts in terms of price and lasts for a long while. Most of the traders, depending on trends and technical analysis, enter long trades during this period.

The third and final phase is known as The Excess Phase, which is characterized by improved market circumstances and increased purchases by traders. At this time, the remaining buyers make their forays after making big profits. For those entering late, however, the returns are much smaller.

This phase demands attention to the signs of fragility, like strengthening downtrends. Additionally, if weakness is seen in the uptrend, a primary negative movement could be expected.

When dealing with the downtrend, the phrases are called Distribution, Public Participation, and Panic.

Principle 4. Volume must confirm the trend

A trend is weak if the volume is low. For instance, as the price rises in an up-trending market, the volume should also go up and down in case of a secondary pullback. If a pullback results in a volume shooting back up, it could signal a market reversal as a bearish nature is assumed by players in the market.

Principle 5. The averages must confirm each other

If a trend shift has to be legitimate, the two averages should validate each other. As such, both of them need to move further from their former secondary high or low, which in turn confirms the trend.

Hence, it can be said that both averages should have the same direction. If they do not follow the same trend, they are not completely legitimate.

Traders are prone to making mistakes, and they might mix up secondary trends and primary trend reversals. In a down-trending market, it is not easy to figure out whether an upward swing is a reversal or not, for sometimes it could be a momentary rally that precedes lower lows.

In this regard, the Dow Theory tells the merchant to be careful. Dealers have to confirm the presence of a reversal before making decisions based on their assumptions. This might save them from suffering losses in the market.

Although it has its fair share of critics, many merchants consider the Dow Theory to be of significant relevance. It has contributed hugely to technical analysis, and all individuals applying it should familiarize themselves with its basic principles.