Gold Standard: Its Rise and Fall 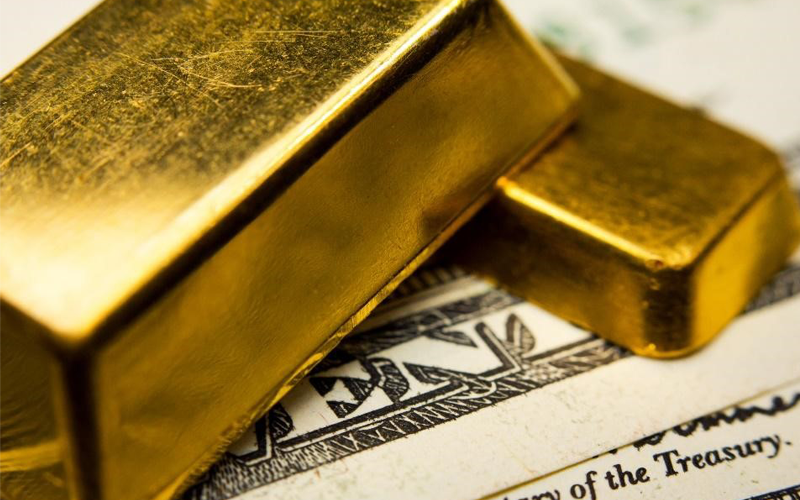 What is the Gold Standard?

Gold Standard refers to the case where countries build their monetary system around gold. The yellow metal is assumed to be a currency through which parties can settle transactions in global trading activities. However, the currency (gold) is not used, but rather, it legitimizes the paper money that flows from and into the hands of transacting parties.

Many countries have had an on-and-off relationship with the Gold Standard. Strikingly, the monetary system tends to thrive when there is peace and economies are flourishing. Some prominent people, such as Economist Ludwig von Mises, have argued that the Gold Standard symbolizes an age of peace and prosperity across the world.

However, is peace and prosperity a consequence of the Gold Standard or the other way around? Whatever is the answer to this question, it remains curious why this monetary system has failed to survive long, especially after World War Two. Post-WWII, the world has experienced long periods of calm and wealth creation has grown inexorably despite pockets of financial crises. To get a better understanding of this matter, let us first evaluate the history of the Gold Standard.

The Story of Gold Standard: How It Started

The Power of Gold: The History of Obsession, a book by Peter Lewyn Bernstein, a Harvard-educated financial historian, puts forward one of the best-narrated histories of gold. Bernstein narrates that the luster, scarcity, density, and malleability of gold elevated the metal to the highest status of items that man revered for more than 5,000 years. The metal was thought so precious that people offered it to gods as gifts in supplication.

Come 550 BC, sovereigns such as Croesus, King of Lydia, began coining gold for circulation as currency. Many countries, states, and Kingdoms followed suit, and before long, gold coins were a common item in global trade. Although countries such as Britain already had paper money by the early 18th century, gold coins were also in wide circulation.

Since 1717, England maintained a nonofficial Gold Standard, especially after the incident where Sir Isaac Newton, the era’s Master of the Mint, overvalued the British gold coin, called the guinea, against silver. At the time, one guinea was worth £1.05.

Weary after involvement in the French Revolutionary Wars that ended in 1802, Britain descended into a financial crisis. During the war, the government had spent a fortune to co opt Prussia and Austria into the war on her side.

When the war ended, an acute supply shortage of silver and copper coins gripped Britain into a crisis. One of the measures to address the crisis was the establishment of hard money through the Coinage Act of 1816.

As defined by the Act, hard money was a currency whose value corresponded to – on a one-to-one basis – the value of a given commodity. Brits could convert their currency into gold into a certain official amount. Other countries like Germany, France, and the US joined the Gold Standard in the closing decades of the 1800s.

Afterward, the Gold Standard was experienced in its truest form globally. Experts term the 34 years between 1880 and 1914 as the era of the Classical Gold Standard.

Beginning of the Decline, And Final Collapse of the Gold Standard

For many decades before World War, I broke out, much of Europe enjoyed great economic growth. Moreover, many developed economies had the value of their currencies directly tied to gold.

However, the war plunged many countries such as Britain and France, into irredeemable debts. Besides the indebtedness, the need for inflationary finance to cater to war activities forced many major economies except the US to abandon the Gold Standard.

Not long after the collapse of the Gold Exchange Standard, Europe descended into another war that ended with the United States’ help. Authorities in the US seized upon this moment to establish a new world order, one in which the US would have an outsized influence in global finance.

The Bretton Woods Agreement of 1944 elevated the US dollar to the sole global reserve currency status. While other countries, including the UK, would maintain the US dollar as a reserve, the US would, in turn, maintain convertibility of its currency to gold at $35/oz.

Soon, another war necessitated the abandonment of the Gold Standard system. Faced with stagflation and the need to bankroll its war with Vietnam, the US dropped the convertibility to the yellow metal in 1971 to favor the more flexible fiat system. To date, the Gold Standard is a distant dream.

Fiat money refers to paper money whose value is guaranteed by government decree or fiat. Translated into English, fiat is a Latin word that says, “let it be done.”  With the value of the US dollar unpegged from gold, other countries felt it necessary to adopt a floating exchange rate for their currencies. The GBP was among the first currencies to adopt the floating exchange rate system.

Without the gold’s guarantee of the value of paper money, many governments printed banknotes and minted coins and gave their word that the money is legal, hence legal tender. Nonetheless, the faith-based monetary system has experienced considerable challenges, including punitive inflation rates.

As you can see in the figure below, the US’s inflation rate approached 14% in 1980, just nine years after the abandonment of the Gold Standard. In the intervening period, the annual growth rate of inflation was also the highest in the country’s history.

How To Better Use Risk To Reward Ratios In Forex?