How To Better Use Risk To Reward Ratios In Forex? 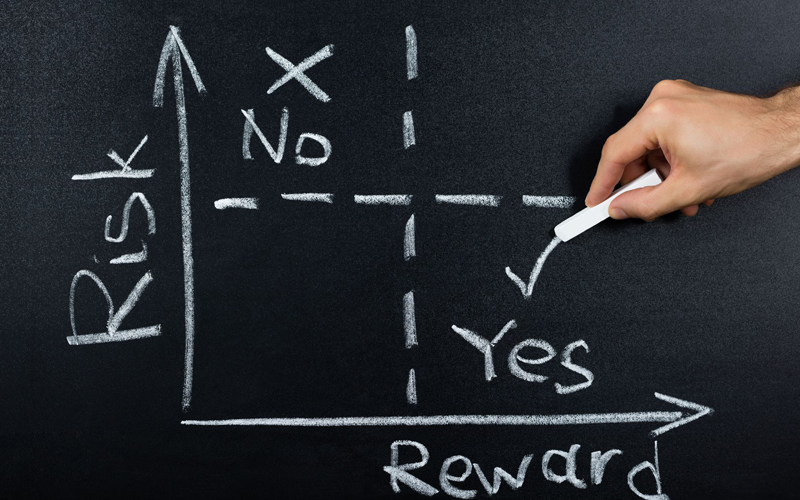 Risk to reward is one of the defining factors that can easily break or make a trader’s career over the long run. It doesn’t make any logical or numerical sense to lose more money than what you’ve invested or risk a lot to make very little. In essence, the only way to be profitable is with your winning trades being bigger, to some proportion, to your losses.

Some members of the trading community advocate that traders always need to take trades with a certain X risk to reward ratio and disregard those that might not offer such. On the surface, this is a commendable approach, except that it’s very flawed. While the aim of any trader is investing in opportunities that are most probable to produce the most profit, we have no control over the reward part.

For example, through rigorous back-testing, we may find a particular set-up consistently produces a 1:5 outcome. However, this idea doesn’t necessarily imply the same will play out again exactly in the future, no matter our belief over a trade idea. No two trades ever play out in the same dimensions, and no one knows with a high degree of certainty how far a market can go. So, while risk to reward ratios are essential, we should take them with ‘a pinch of salt’.

Reward is a variable, risk is a constant

The biggest challenge of trading virtually financial markets is that even if the outcomes are typically 50-50, in reality, it’s entirely different. The binary paradigm of profit and loss clouds most people’s judgments, even though the markets seldomly act this way.

So, the archetypal risk to reward ratio approach rarely accounts for the grey area of trading, which is a skill that only comes with years of screen time and experience. The most skilled traders know when they are likely to lose on a position (risk), but equally and importantly know when a market is unlikely to produce the desired reward.

The trick is knowing how long to hold a position and accepting the possibility of either a small profit or small loss. It’s crucial to understand that reward is a variable and an element of luck. You mustn’t stay too long in a position expecting a specific reward and potentially taking a loss as a result. The psychology of breakeven trades comes into play here.

Why you need to be thinking about breakeven trades

As explained, breakeven trades help us bridge the grey area of trading.

There are two essential things to note though:

The second point is where many traders get it wrong by eliminating the risk as quickly as possible. While some eventual losses are avoided doing this, in the long run, it’s more detrimental. The necessity of understanding breakeven trades is to steer away from the typical win-loss binary paradigm that naturally comes to mind.

Instead of thinking a trade can either win or lose, we should instead assume a trade can either lose (intended risk), lose very small, partial profit, no profit (the previous three forming breakeven trades) or the win (intended reward). Thinking in this manner helps align our expectations more realistically and appreciate that the reward is never guaranteed.

Trade management is an underrated skill, but is vital and links to why risk to reward ratios are more of a guide than an absolute. In an ideal world, you would just place a trade, walk away, and soon find the market hitting your expected reward. However, we should practice trade management, though not in the sense of micro-managing. Strategic trade management is more about observation.

These are a few methods of how we can employ trade management:

If GBP/NZD were to break its high for the day, it could probably signal that the GBP/AUD will eventually follow suit. At this point, trade management comes into play where the trader can either move their stop loss to breakeven or down a Fib level as in the previous point.

While risk to reward in forex is paramount, the ratio misses out on the ‘grey area’ that necessitates trade management and thinking about breakeven. On the one hand, we cannot always immediately remove the risk, though we should decide a time as to whether we should exit a position despite not achieving our desired risk to reward.

Gold Standard: Its Rise and Fall