5 of the Best International Indices to Invest In Today 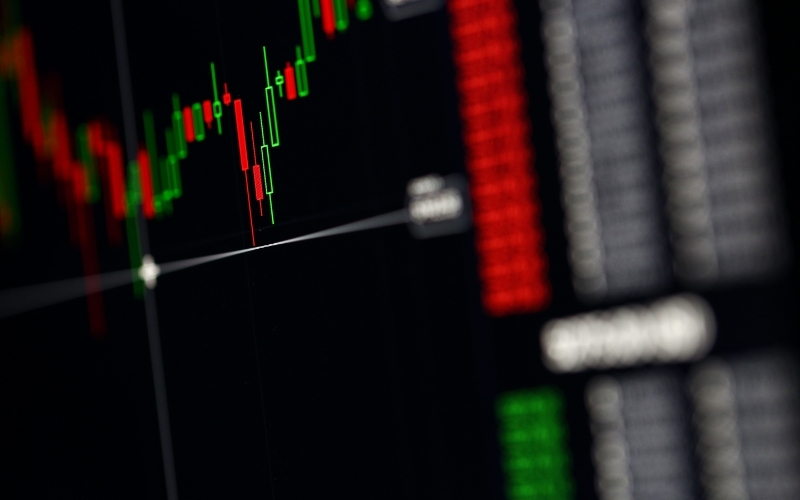 Diversification is at the core of long-term investing. Fortunately, there are multiple ways of creating a well-balanced portfolio, including investing in several asset classes like stocks, cryptocurrencies, and bonds. International diversification is also an essential way of creating a good portfolio. Here, we will look at the five best international indices to invest in.

How to invest in international indices

As an American, investing in foreign stocks, ETFs, and index funds is a bit difficult. That’s because most of these funds trade locally and in local currencies. As such, most of them are not provided by your popular brokerages, like Robinhood or Schwab.

The best way to invest in international index funds is through American-built exchange-traded funds (ETFs). These are funds that seek to track the performance of foreign indices. You can invest in the ETF through your favorite broker.

Started in 1969, Hang Seng has grown to become one of the biggest indices in the world. The index, which is constituted by the Hang Seng Indexes Company, has become a go-to destination for most Chinese and international companies.

In the past, the index was mostly made up of companies in traditional sectors like real estate, textile, and gaming. However, today, some of its biggest constituent companies are in the technology sector.

For example, Alibaba, the giant diversified e-commerce platform, is the biggest member. It is followed by Tencent, the tech company that owns WeChat, Fortnite, and Riot Games, among others. Xiaomi is another major company in the Hang Seng index. Other top companies in the index are ICBC, HSBC, and Ping An.

Investing in Hang Seng has several benefits. First, as tensions between the US and China remain, most Chinese companies are preferring to list in Hong Kong. That includes Ant Financial, which will hold the biggest IPOs in the world. Second, Hong Kong has inadequate capital, especially from Mainland China. Finally, the index is slowly becoming equivalent to the Nasdaq 100 because of its large-tech holdings.

A good way of investing in the index is through the iShares MSCI Hong Kong ETF (EWH) and the Franklin Templeton ETF Trust (FLHK).

Hang Seng has underperformed the S&P 500 and Nasdaq 100 in the past five years.

The DAX index is Germany’s equivalent to the Dow Jones. The index contains 30 of the biggest companies in Germany. In fact, the constituent companies account for more than 30% of all companies listed in Germany.

The DAX is mostly weighted towards industrial companies, which play a substantial role in the country’s economy. The biggest firms in the index are SAP, the technology company valued at more than €27 billion. It is followed by Linde, Siemens, Allianz, Volkswagen, Deutsche Telekom, and Daimler.

Because of its large industrial weighting, the DAX has underperformed most American indices in the past few years. At the same time, a scandal that led to the bankruptcy of Wirecard has also damaged its reputation. Most importantly, the index has underperformed because of the problems facing the auto sector.

As a result, the index has only gained 20% in the past five years, which is a bit low compared to the S&P 500 and Nasdaq that have added more than 60%.

Still, the DAX is a good investment if you want to diversify internationally. The best ETF to invest in for the DAX exposure is the Global X DAX Germany ETF (DAX). This ETF has an expense ratio of 0.23% and just $23 million in assets.

The Swiss Market Index (SMI) is the main index in Switzerland. The index tracks the 20 biggest companies in the country, with most of them being well-known multinationals. The biggest member of the index is Nestle, which is one of the biggest consumer staples companies in the world.

It is followed by Roche, the pharmaceutical company with more than $60 billion in annual revenue. Other notable companies in the SMI are Novartis, Zurich Insurance, UBS, and Credit Suisse.

Over the years, the SMI has underperformed other indices like the S&P 500 and Nasdaq. That’s because most of its constituent companies are in industries that tend to attract low valuation multiples like banking and industrials. This makes it hard to compete with tech-heavy indices in the United States.

Nonetheless, to diversify your portfolio, it makes sense to invest in the premier Swiss index fund. First, Switzerland is one of the safest countries to invest in because of how neutral it is. Second, the index is relatively undervalued compared to its peers, which makes it ideal in the future. Finally, most of its firms are global in nature, with strong exposure internationally.

The best way to invest in the SMI for American investors is through the iShares MSCI Switzerland Capped ETF (EWL).

EWL performance against the Dow Jones and S&P 500

If you want to invest in Europe, a good approach is to invest in the Euro Stoxx 50 index. Unlike the bigger Stoxx 600 index, this one invests in the biggest 50 companies across the European Union.

In terms of size, the biggest company in the index is Louis Vuitton, the French luxury house valued at more than 248 billion euros. It is followed by L’Oreal, another luxury house, and ASML Holdings, which is a Dutch semiconductor company. Other big companies in the index are Prosus, Unilever, SAP, Sanofi, and Linde.

Like other European index funds, the Euro Stoxx is dominated by traditional companies, which gives it a lesser valuation.

Two reasons why you should invest in the index are that it represents several European countries like Netherlands, France, and Italy and that its companies tend to be good payers of dividends.

The best approach to investing in the index is through the SPDR EURO STOXX 50 ETF (EWL), which has an expense ratio of 0.29%.

The Nikkei 225 index is the Japanese alternative of the S&P 500 index. The index is made up of the 225 largest companies in Japan, one of the most undervalued stock markets in the world. Indeed, this year, Warren Buffett acquired stakes in some of the biggest trading companies in the index.

Most firms in the Nikkei 225 are in the industrial sector that Japan is well-known for. The biggest company in the index is Toyota, followed by Softbank, NTT Docomo, and Sony. Other notable firms in the index are Takeda, Hitachi, Japan Tobacco, Fujitsu, and Bridgestone.

The best reason to invest in the stock is to have exposure to the third biggest economy in the world. Another is the fact that most of its firms are global juggernauts that are relatively undervalued.

You can invest in the Nikkei through the Nikkei 225 Exchange Traded Fund (NTETF).

The Nikkei has outperformed the S&P 500 and Dow Jones this year.