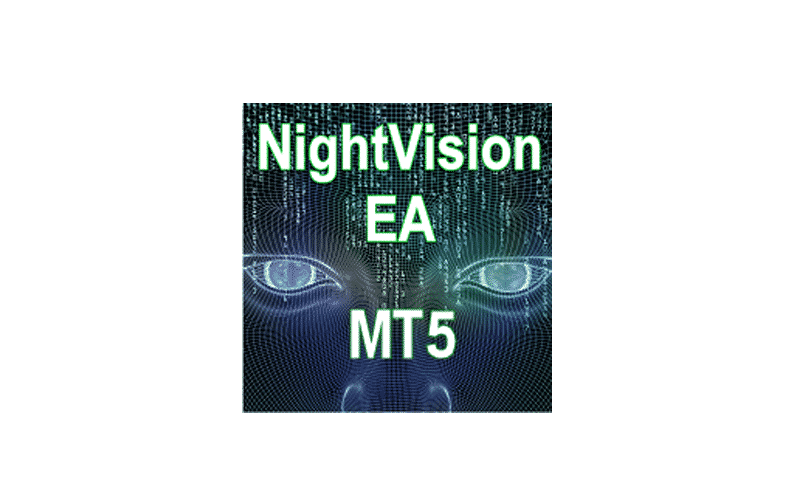 NightVision robot is devoid of martingale and grid strategies that cause huge risk on the account. It works on multiple currency pairs and comes with verified records on Myfxbook to prove its performance. Our article will discuss all the features of the algorithm in detail and study the aspects in detail to have an idea about the performance.

NightVision EA: to trust or not to trust?

NightVision EA has a poor drawdown to the monthly gain ratio, stating that the algorithm is not using proper techniques to maintain a good risk: reward. It causes a good amount of exposure on the account before yielding any gains.

The robot has the following features:

To get the robot up and running, you have to purchase it from the MQL 5 marketplace. After that, log in to the MQL 5 community and download the algorithm at the MT 5 platform. Once it shows up in the expert directory, enable the auto-trading button and place the robot on respective charts to begin trading.

The developer states the robot uses a night scalping approach which opens trades during the end of the American session. It only has a limited number of settings that can be tweaked. From the history in Myfxbook, it is evident that the robot trades on the market close. Contrary to what the developer says, there is no stop loss attached with the trades. The worst trades have been closed, with stop loss touching about 85 pips.

The expert advisor can be bought for an asking price of $449. There is no money-back guarantee as per the rules of MQL 5 marketplace.

There are no backtesting records available from the developer. This is quite a poor approach which may mean that the robot failed during extensive testing on historical records, or the drawdown value must have been high. Nonetheless, the lack of such tests raises many concerns over the authenticity of the product.

Verified trading records on Myfxbook show performance from Nov 22, 2020, till the current date. The system made an average monthly gain of 5.81%, with a drawdown of 21.81%. As mentioned before, the drawdown is relatively high, which means that the EA loses nearly a quarter of the capital while trading. The winning rate stood at 71%, with a profit factor of 1.39. The best trade was 96.7 pips, while the worst was -115.7 pips. There were a total of 441 trades. Many tabs are hidden on the page, which again is a poor activity.

The drawdown value for the robot is high in comparison with the output we are receiving. The ratio is nearly 1:4, meaning that the algorithm goes into a $4 loss for every dollar it makes. If we use larger values for the contrast, we can understand how inefficient the EA is.

Alexander Kalinkin is the author of the EA who resides in Russia. He has a total rating of 4 for 33 feedbacks. The developer has three products published on the MQL 5 marketplace and has 204 subscribers for his services. He has experience of three years.

Conclusion: to trust or not to trust?

There are many details hidden about the robot's performance on Myfxbook to hide the fact that it does not use any stop loss. This type of activity raises many alarms. The drawdown value of the EA is also high, which concludes that we should not trust the algorithm.