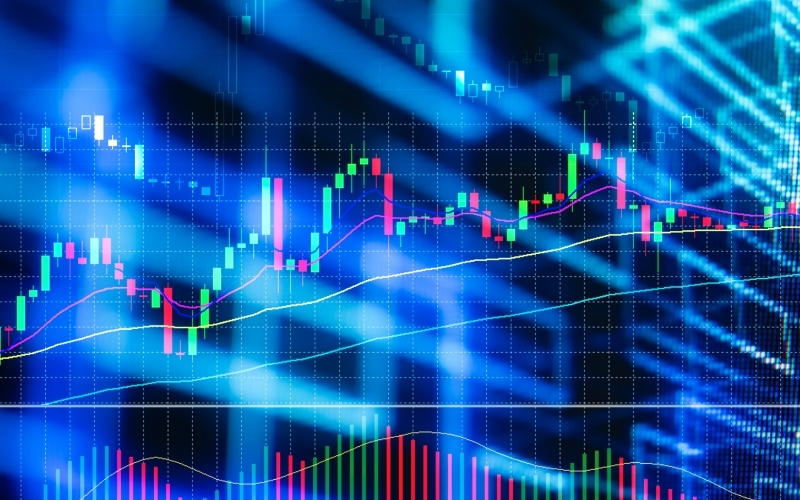 Trading robots, also known as algorithms or bots, are tools used by advanced traders to automate their trades. They are also excellent means to help traders identify potential entry and exit signals in the market. Programmers use a combination of maths and technical indicators to build these bots. In this article, we will look at the popular tools they use to build quality algorithms.

Moving averages (MA) are the most popular technical indicators in the market. They are classified as lagging indicators because they use historical data to help you predict what will happen in the future. Most importantly, MAs are the building blocks of other indicators like Bollinger bands, envelopes, and Donchian channels.

There are several types of moving averages, including:

A popular way of using MAs in robot development is to use the concept of combining longer and shorter moving averages. In this case, a trading robot can generate a buy signal when a 25-day EMA makes a bullish crossover with the 15-day EMA.

Another way of using the indicators in robot development is to initiate or end a trade once an asset crosses a specific moving average.

Example of using exponential moving averages to create a bot

The Relative Strength Index (RSI) is another popular indicator used in creating trading robots. The indicator was developed by Welles Wilder, the same person who created the Parabolic SAR and the Average Directional Movement Index (ADX).

Most algorithmic traders use the RSI as a signal of when to buy and when to exit a trade. Ideally, a buy signal emerges when the price moves below the oversold level of 30, while a sell signal happens when the RSI moves above 70. In most cases, better buy signals usually emerge when the asset’s price is deeply oversold, meaning that the RSI is below 10.

Therefore, in this case, a robot developer can easily put the instruction to buy when the price is oversold and then sell when it is overbought.

This is not the only way. Another popular strategy is to combine the RSI with another indicator like the double EMA. For instance, a robot developer can program the bot to initiate a buy trade only when the RSI is overbought, and when the shorter and longer-term moving averages make a bullish crossover.

The Moving Average Convergence and Divergence (MACD) is also a popular indicator among trading bot developers. As the name suggests, the indicator simply subtracts longer and shorter MAs. As a result, it is both a trend-following and a momentum indicator.

Technicians use several approaches when creating robots using the MACD indicator. The most common method is to look at the areas when the fast- and slow-moving averages of the MACD cross over.

Like the RSI, a trading algorithm can have an MACD and several other indicators to ensure that there is a stronger trading signal. The most popular indicators that are combined with the MACD are Bollinger bands, Average Directional Index (ADX), and the Awesome Oscillator.

Example of how to use MACD in creating robots

Unlike the previous three tools, TradingView is not a technical indicator. Instead, it is one of the best trading platforms in the world. Indeed, all the charts used in this article are from TradingView.

For starters, TradingView’s platform has several tools that are excellent for robot creators:

Other important tools available in TradingView that will help you build better robots are the economic calendar, charting tools like the Fibonacci retracement, and harmonic patterns.

For people without a vast robot-creation experience, these scripts can help you create your own algorithms. Most importantly, it has hundreds of already-written scripts that you can either copy or use to create your bots, as shown below.

The future of day trading is in automation and robots. Indeed, many high-frequency trading hedge funds have beaten the market by embracing these techniques. A good example is James Simmons, who runs Renaissance Technologies, a hedge fund that mostly employs mathematicians and programmers.

To be fair, not everyone can build a good and efficient bot. If you are just starting out, you need to have quality programming and trading experience. Without these skills, your best option is to use manual trading or buy already-made robots.